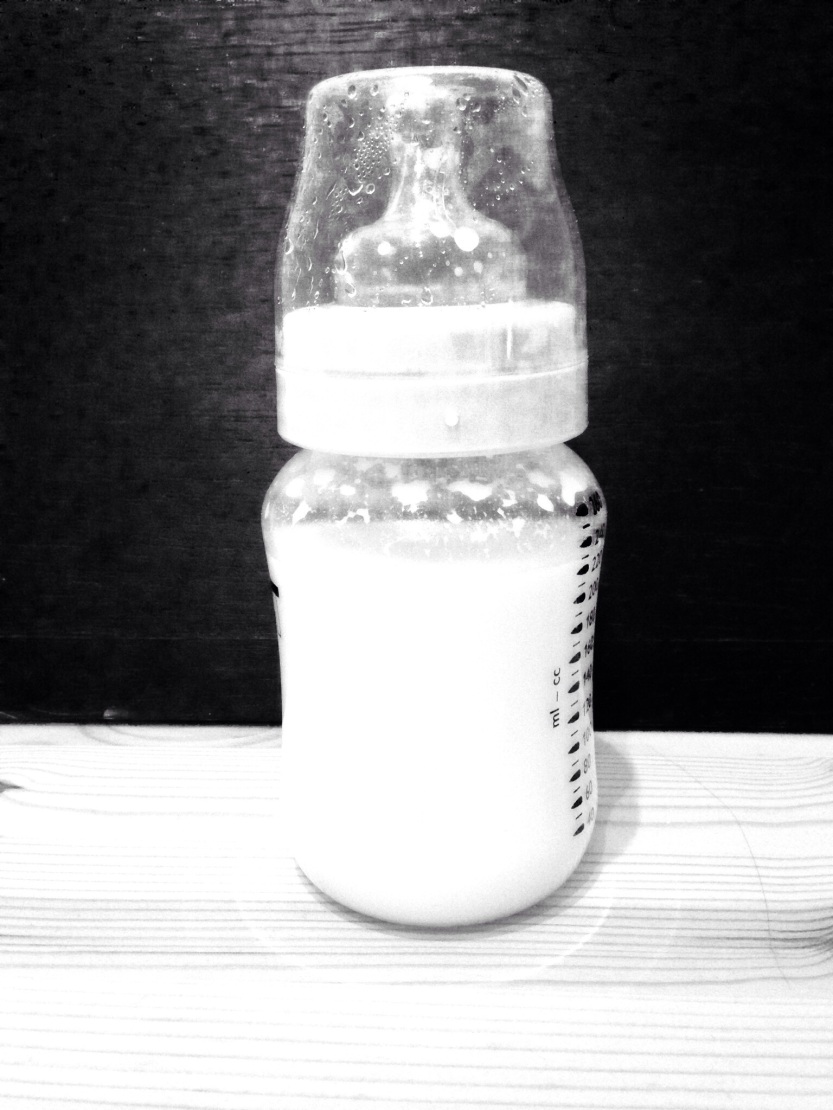 Breastfeeding in the UK News

Last week, thousands of mothers from around the UK took to the streets in support of a mother from Staffordshire who had been branded a tramp on twitter, together with her photo, for breast feeding in public on a recent shopping trip.

As shocking as this incident is, and despite it being a criminal act in Scotland to challenge a mother on her right to feed her baby, the negativity around breastfeeding in public never dies, it just goes media quiet.

My first bad experience with breast feeding in public occurred when my daughter was just seven weeks old. It was suggested to me by a lady behind the “customer services” desk that I might like to breastfeed my daughter in a toilet cubicle on the packed ferry to Northern Ireland. My question to her had been whether I could borrow a chair from her empty office to sit on to feed as all others on the ferry were taken. I ended up sitting on the floor of a corridor whilst people stepped over me. I considered this a slightly more appealing prospect than hiding in the loos for a half an hour to breastfeed my baby.

I never did get a satisfactory answer to the subsequent customer complaint about my poor treatment. I don’t think she would have sent an elderly person to go and eat a sandwich sitting on the toilet, do you?

I happened to be tuned in to a phone-in on BBC Radio Scotland only last week where a caller told another story so appalling, her knee jerk response to it was “high five” amusing. She was discretely feeding her daughter in a restaurant when an elderly lady approached to ask that she cover herself with a blanket as the breast feeding was putting her off her lunch. The mother’s retort was to tell the lady to go and eat her lunch under a blanket if she was so bothered, to which the complainant responded by marching out the restaurant.

Each to their own

Don’t get me wrong, I would class myself as an ex breast feeding mum with a moderate outlook. Like many, I was quite self-conscious about doing it initially, and, on reflection, tried to be as considerate to the general public as possible in picking my moments. I also admit that before I was blessed with my bambino, I had no real idea what was involved in feeding and as such found the concept of feeding in public a bit distasteful, yet had never witnessed it going on myself (probably because it’s so subtle).

Enlightened and fortunate, I breast fed my baby for six months but only did so in public if and when necessary, although I wouldn’t shy away from doing so immediately if my baby was hungry. Over the course of these early months, my confidence slowly grew, and I became increasingly proficient and discrete in “getting them out.” I soon got to know which cafés were “safe places” along with where all the purpose built baby feeding havens were in town.

I happily moved on to formula milk at what seemed an appropriate juncture for both of us, promptly burned my nursing bras and had a large glass of Pinot. Job done!

All the recent media coverage about attitudes towards breastfeeding really got me thinking about a different kind of negative behaviour that I witnessed back then (and that I still see going on these days from time to time) on this subject.

Im sad to say, that by far the most negative attitudes that I have encountered on the subject of breastfeeding are from other women. Specifically, women who have been unable to breastfeed themselves. I distinguish the aforementioned group from those who actively choose not to breastfeed.

I actually respect those who choose to “opt out” for making a decision not to breastfeed and then stand firm at a time where would be easy just to be dragged along in the post labour daze. They have made the right decision for them and that’s great. I have not encountered any negativity from these friends and acquaintances, I suspect mainly because they have enough to deal with in terms of negativity from the extreme “pro-breast” brigade and such groups’ associated failure to recognise a woman’s choice to bottle feed.

I emphasise again that I only speak of my own experiences of attitudes towards breastfeeding and it is with a heavy heart that I do so.

I can only imagine the anguish that I would have felt had breastfeeding not worked out as I had hoped and/or planned for through no fault of my own.

I have heard many stories of overbearing midwives doing more harm than good in trying to help with latching on and so forth, eye rolling at tears and stiff upper lip being suggested as the cure for cracked nipples and hungry screams. God knows, it’s hard enough without all that.

Yet, week in, week out, these same mothers share articles and blogs on facebook and twitter telling the world how breastfeeding is bad because of food pesticides; consoling themselves with how breastfeeding mothers feel trapped and miserable, and if only their midwives had told them this rather than forcing them to do it, life would be sweet; and so called “balanced views” essentially bashing everyone under the sun for supposedly judging them because they are bottle feeding, all usually underlined by a midwife being applauded for bashing the boob and lauding formula. “A balanced view?”

As if these articles, designed to give bottle feeding moms a boost, don’t make the breast feeding mum feel guilty enough, then there’s the passive aggressive comments delivered in person, fuelled by misguided resentment, jealousy and an inferiority complex associated with assuming that we think they are terrible mothers for not breastfeeding.

In my case, I recall disbelief being levied my way several times at my insistence that my breastfed baby (who fed every two hours at one point) shouldn’t NEED topped up
with formula. Or the little sly digs about the nursing tops and bras being frumpy.

They are indeed frumpy, but unfortunately are staples of modesty and therefore cannot be helped.

Or asking what the point of a whole week of expressing is just to achieve a night out on a Friday with the girls, and shouldn’t I just go on to formula if I want my life back.

Or being ridiculously over sensitive about feeling left out when breastfeeding mums compare notes in “mixed” company over coffee and cake.

Yes, I don’t deny that bottle feeding has its very public critics, leading to women feeling the need to defend their positions. The worst example I can think of in recent times is a very well known UK high street pharmacy store refusing to give loyalty points on formula milk, allegedly on the grounds that to do so would discourage mothers from breastfeeding. I mean, get real!

Yet I don’t see stories being shared on Facebook about how breast is best, and would never in a million years make snide comments to a fellow mum about her bottle feeding routine.

So come on mums. Let’s unite. We should stand together against any attacks on new mums.

Feeling bitter about not being able to breast feed is fruitless and thinking others will judge you for it is simply just not true in my experience. As a breastfeeding mum, I shouldn’t have to tread on eggshells or be made to feel guilty just because through sheer luck of the draw I can do it.

More than a year down the line, the same people are still at it and it really is time to move on. Surely your proof is in your little pudding?

The most important thing is not how you do it but your happy, healthy bouncing little one – irrespective of how you get there.

Have you ever encountered negativity towards feeding your baby? Or do you believe “breast is best”? Do you find breastfeeding in public distasteful? Or do you just disagree with me completely? As ever, would love to hear what you think.