After my (all too brief) stay in Aberdeen last week, the next and final stop on my whistle stop UK tour was London.

Although the main reason for being in the capital for the weekend was to attend a friend’s hen party, my sister and I managed to squeeze in some extra curricular activity on the Friday evening before things went downhill (in the way that hen parties always inevitably do)!

Having lived in London on and off over the years, I decided to make good use of our limited free time by showing my sis a few of the places that I miss most of all now that I’m living up in Glasgow.

With that in mind, I had set about gathering five of my favourite locals to meet at my favourite pub in the whole of London Town: The Thomas Cubitt.

The Thomas Cubitt is located on Elizabeth Street in Belgravia, which is around a ten minute walk from Victoria Station.

But who was Thomas Cubitt?

Well, he was a prominent master builder and architect in the 1800s, responsible for the “London look” in many of London’s iconic neighbourhoods. He was commissioned in 1824 to create a great swathe of white stucco buildings in Belgravia centred around Belgrave Square and Pimlico, in what was to become his greatest (and in my view most gorgeous) achievement in London. Notable amongst his handiwork are the north and west sides of Eaton Square, which exemplify Cubitt’s style of building and design.

As we traversed towards the pub we were gradually transported from the touristy hustle, bustle and tatt of Buckingham Palace Road into Cubitt’s Belgravia neighbourhood, whose residents past and present include: Lord Lucan, Ian Fleming, Roman Abramovich, Joan Collins and Nigella Lawson. This is a place where private security guards patrol the streets, which is of no surprise given the first property in London ever to go up for sale with a £100 million price tag was a six storey house in Belgrave Sqaure in 2009.

Elizabeth Street itself is an oasis of pretty boutiques, cafés and restaurants with mews houses nestled down its side streets. So exclusive is the area that one of the Licencing conditions of the Thomas Cubitt prevents customers from talking on their phones or smoking in street to the left side of the pub.

It is hard to put into words why I love this pub so much. I guess that the whole area is the ergonomic representation of how the London of my dreams is.

You know, the one in which I live in one of the white stucco townhouses and I’m swanning around in my prada heels with my big bouncy hair and sunglasses without a care in the world.

Mainly though, it’s super relaxed for winding down on a Friday night and also makes for great people watching.

Although I’m fairly certain most of the clientele in the Thomas Cubitt are probably employed locally rather than residents in the immediate vicinity, it would be remiss not to mention that the TC is a rather elegant bar full of rather elegant people.

It’s cream facade, open fireplace and floor to ceiling glass doors drawn open right across the front of house give it bright and airy summer vibe, even in April.

It was very busy at six thirty when we arrived and the clientele happily mingled at the bar, sat at tables of four and six or stood street side enjoying their pints, vino and cigs. The atmosphere is awesome and I just love the buzz. There is something uniquely London about this place.

It should be noted that there are no table reservations available in the bar area at the weekend but that a waiting list system is in operation as necessary.

As it was such a sunny evening, many people were happy mingling in the street and so it was very easy to secure a table for six centre of house for drinks and eats.

There is a slightly fancier restaurant area upstairs that can be reserved which serves an a la carte menu if you want a bit of certainty on the seats thing.

We were happy with the bar menu, which by my standards is equally fancy and very reasonably priced for central London. As it turned out, three of us fancied good ol’ fish and chips, two had the house burger and one had a half dozen oysters and chips.

The beer battered fish and chips came as three fillets with tartare sauce, mushy peas and a smear of sarasons malt vinegar sauce. The icing on the cake was a lemon wrapped in muslin cloth. To catch the pippage, dahling! Only in Belgravia! The fish was lovely and light and whilst the tartare sauce and mushy peas were to-die-for, the malt vinegar sauce was the star accompaniment. I guess a posh equivalent of Edinburgh chippy sauce. The cost of this fish supper was £13.50.

I can vouch for the fact that the rare breed beef burger (with Guinness ketchup, green peppercorn mayonnaise, baby gem and dill pickles) and chips (£14.50) both looked and tasted awesome. Both diners opted to pimp it up some more with cheese and bacon added to the burger for some extra yummy-ness.

Not necessarily for everyone, but the half dozen Carlingford rock oysters came beautifully presented “plateau de fruit de mer” style on ice with lemon and shallots. A bottle of Tabasco was also provided for extra zing as required. It was £11.50 for six oysters or £21.50 for twelve.

This place can do no wrong in my eyes. For me, it’s the perfect venue for meeting friends for drinks and/or food. Service is efficient and friendly; and costs are not extortionate for London with portion sizes decent and the food fresh and tasty.

The bill netted out to £50 per head for food plus several pints, gin and tonics, bellinis, cucumber Martinis and two bottles of prosecco – hic!

Do you have a favourite pub in London? Are you prepared to share its location? 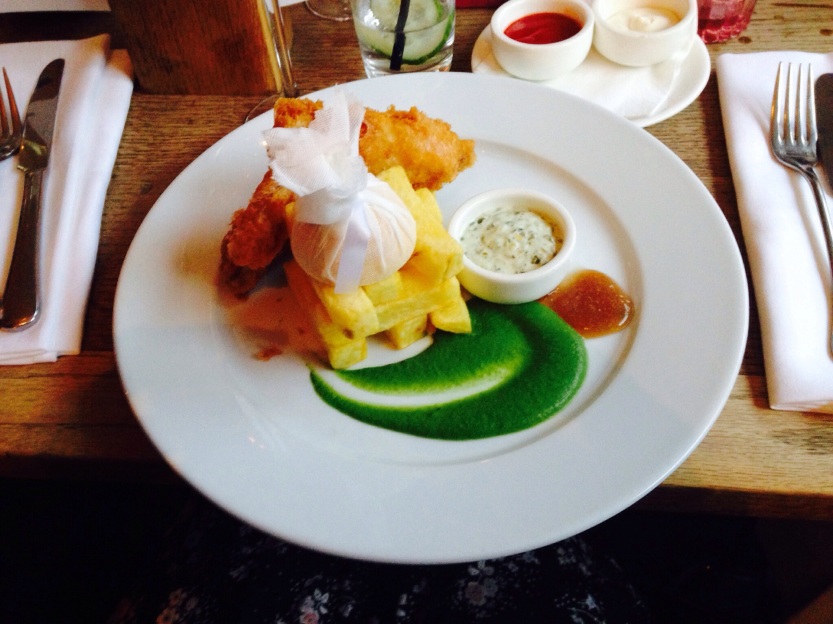 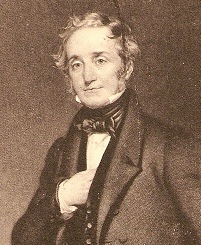 4 thoughts on “My favourite London pub”