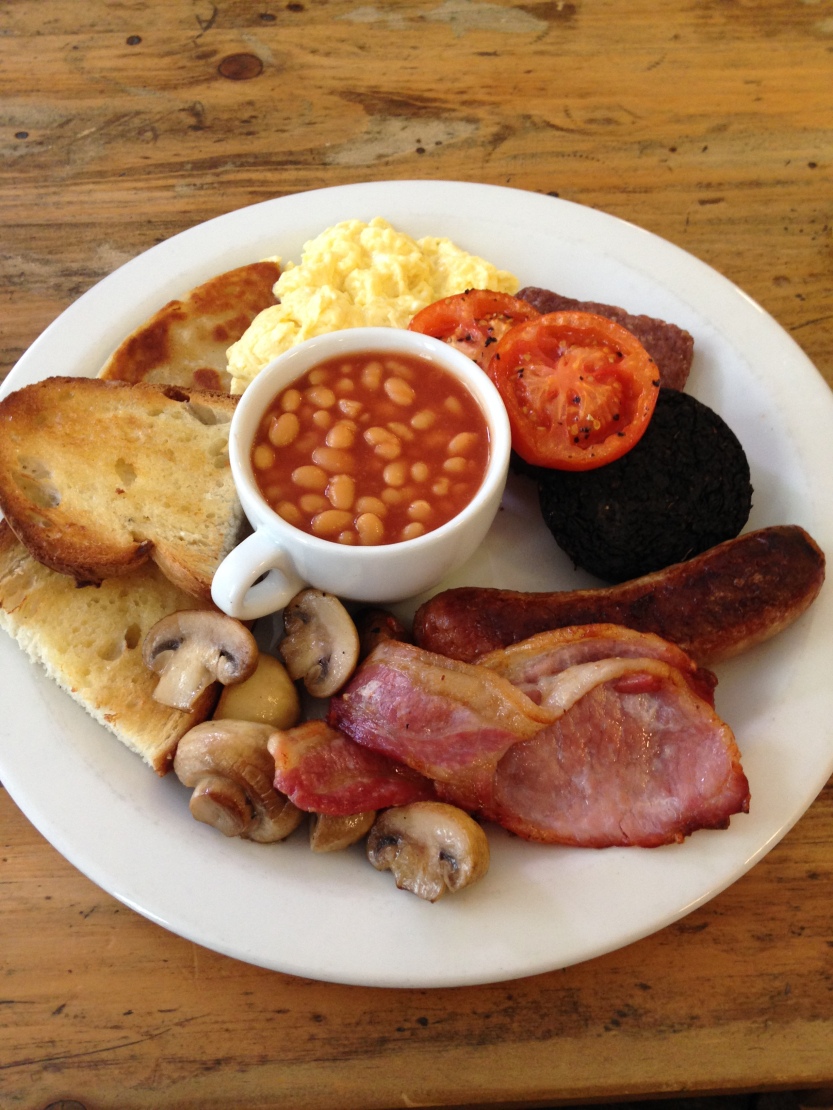 Wow! Logging in to my blog this morning, I see that it’s been a whole month since I last posted.

This is pretty scary because it certainly doesn’t feel like it –  I suppose that must mean that I’m getting out there and living life, which also means that I have got loads to tell you about!

April rather excitingly started with me making my international screen debut for a Canadian TV production company, who are currently making a documentary series for Discovery and the National Geographic channel.

They had identified Glasgow as one of thirteen world cities of culinary interest and so being a huge foodie and lover of all things Scottish, it was right up my street.  Doing something in front of the camera has always been on my bucket list and so when I received the invitation to screen test I jumped at it.

With no experience of either auditioning or presenting, I didn’t hold out too much hope in being selected.  The audition brief was to shoot a 2-3 minute video of myself talking about Glasgow, Scottish food and anything else that could be of interest for the researchers.  I decided that with nothing to lose, I might as well just try to be natural and honest rather than trying to present myself as some sort of wannabe TV personality extraordinaire.

After a couple of false starts, I found my stride and reeled off my reel (if you will!)  Anyone who has done something like this before will know how terribly excruciating it is to watch yourself back, and asking my other half for a critique was even more cringe worthy.  Thankfully he thought it was passable and actually pretty good – informative and natural – which was what my aim was. So, before I could change my mind, I sent it off via WeTransfer to the researcher.  I haven’t been able to bring myself to watch it since!

This was way back in January and having put it all to the back of my mind, I was delighted to receive the news in February that I had been selected as one of four talking heads for the hour-long programme.

What was really interesting was how much filming time would be required to get enough material to put together a 60 minute show.  We were all required to be available to shoot at various locations around Glasgow for four days.  The show itself required eleven venues and I had been allocated six, all requiring about 3 hours of my time and an outfit change a piece.  In return for our time, we would receive a fee, which was an added bonus to the experience.

The format was that, at each restaurant, we would be presented with a different Scottish dish, which we would be filmed trying and talking about.  This would draw on personal research about the history of the dish, together with anecdotes, family memories and stories of life in Glasgow itself.

I’m not going to give too much away about where we went, as you’ll have to watch the show, but let’s just say, some of Glasgow’s best cafes and restaurants were on board.  Over the four days I had the pleasure of sampling some delicious: foup, porridge, clootie dumpling, a full Scottish breakfast, Cullen Skink and Scottish style Indian pakoras.  In addition, my fellow foodies sampled: Scottish steak, venison, haggis, bangers and mash and Scotch eggs to name just a few dishes.

The production team consisted of a cameraman, a director and the production assistant.  In each location the team spent time shooting in the kitchen with the chefs first and then the foodies would be on mic and camera talking individually for up to an hour.  Once two allocated “foodies” had filmed individually in each venue, we were then filmed arriving at the restaurant and generally around town for the beta reel (which basically meant “filler” shots of us wandering around Glasgow trying to look like life is great, whilst members of the public rubber-necked!)  We even had people filming us on iPhones in the street at one point.  A taste of fame! Feeling overly self-conscious was actually the thing that I was most worried about in agreeing to taking part, particularly since filming was taking place during the day and in the evenings in busy, popular west end and city centre venues over the Easter weekend.  Although I was aware of people staring and desperately trying to listen in, amazingly, I was un-phased, felt relaxed and found it really easy to get “into the zone” and chat away to the camera. The set-up was that a tripod camera was set up in front of me, with the effect that I was almost speaking to it as if it were my dining partner.  The director sat across the table asking questions or prompting elaboration where she felt areas might be of interest for viewers and the cameraman stood to the side recording me from an alternative angle for inserting into the final edit. It was really interesting to get an insight “behind the scenes,” particularly in terms of how the restauranteurs dealt with the camera crew, equipment and requirements.  The majority of my venues were stars but there were a couple of places where the owners and staff were acting like absolute divas, which I was a little surprised about given the free international publicity that they would be receiving. It’s not as if they didn’t know what they had signed up to! Of course, it would be very unprofessional of me to name and shame….!  I will say that the stand out best to work with were Chef Jack and her staff at The Sisters, all at The Wee Guy’s and James Rusk and the team at Hutchesons, who all of whom made both the production team and the foodies so welcome.

On the final day, the sun came out and so we spent the morning filming as a group of four in a packed out city centre beer garden trying “haggis, neeps and tattie” pakoras.  It was a lot of fun to film as a four with my lovely co-stars: Pammi from Glasgow Food Geek, Lynsay from Miss West End Girl and Graeme from Scot’s Larder

Graeme even donned a kilt for the occasion, which was a great talking point!

They are great bunch of bloggers all up for having a laugh and I’m sure that we will find an excuse for a catch up as we vowed to continue our quest to find the best Scottish food on offer in Glasgow. I can’t wait to see the final cut, which we will be sent in the new year to preview before it airs.  Having now dipped my toe into telly, it’s definitely something I would love to pursue again in the future should another suitable opportunity arise.  If not, it’s another thing ticked off my bucket list!